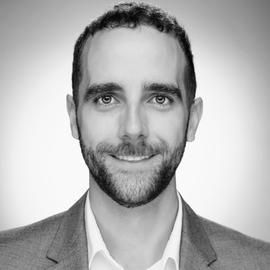 I am an Assistant Professor of Political Science at IE University, and a Faculty Affiliate at MIT GOV/LAB. I work in the fields of comparative politics and political economy, with a regional focus on Latin America and Southern Europe, and a substantive focus on issues of development, governance, and corruption.

My research agenda centers on relationships among state actors (politicians, bureaucrats, and anti-corruption agents), anti-corruption policies, and their impacts on public service delivery and human development. In my work, I use big administrative datasets, surveys, experimental and quasi-experimental designs, and extensive qualitative fieldwork.

Article Inventory of articles on the bureaucracy

Guillermo Toral (2022). Turnover: How lame-duck governments disrupt the bureaucracy and service delivery before leaving office. Revised and resubmitted to the Journal of Politics.

The political logics of patronage: Uses and abuses of government jobs in Brazil

The political appointment of bureaucrats (or patronage, for short) is a major resource for politicians all around the world. Scholars have long studied patronage, often seeing it as a clientelistic strategy whereby bureaucracies are staffed with supporters to retain political power, resulting in bureaucrats who work less and public services that fail to fulfill citizens' needs. Building on my dissertation (which won APSA’s 2021 Harold D. Lasswell Award for best dissertation in public policy, among other awards), this book project expands our understanding of patronage by distinguishing five distinct rationales that drive politicians' use of government jobs.

The five political logics of patronage that I identify are: managing bureaucrats (to deliver public services or to extract rents), mobilizing voters, rewarding supporters, tying the opponent’s hands, and anchoring coalitions. Each of these political logics of patronage has a different rationale, distinct employment patterns, and divergent effects on governance and service delivery – not all of them negative.

Empirically, I document the logics of patronage with data on Brazilian municipal governments, a particularly useful context to study patronage given its wide variation in political and economic development and the coexistence of patronage with civil service and other strong anti-corruption institutions. To illustrate the diverse uses of patronage and their consequences I combine administrative microdata (including contract-level, identified data on the universe of municipal employees, and data on the performance of education and healthcare bureaucracies), two original surveys in one state (a face-to-face representative survey of 926 bureaucrats, and an online survey of 755 local politicians), and 121 in-depth interviews with bureaucrats, politicians, and anti-corruption agents done over 18 months of fieldwork in 7 states.

Three novel implications emerge from this project. First, patronage can alleviate agency problems and thus enhance the accountability and effectiveness of bureaucrats, not only to extract rents but also to deliver public services. Second, when politicians use patronage to extract rents, they mobilize a diverse set of strategies that go beyond the hiring of supporters, including the hiring of civil service bureaucrats and the firing (not just hiring) of temporaries. Third, policies commonly used to reduce patronage –such as civil service regimes, legal constraints on hiring, and elections for key bureaucratic positions– can have undesirable consequences, partly because of politicians’ strategic responses to constraints imposed on their hiring discretion. These findings are relevant to scholars and policymakers seeking to understand and to improve governance and state capacity, especially in middle-income contexts.